Ultimate List of Films and Shows That Have Executive Assistants 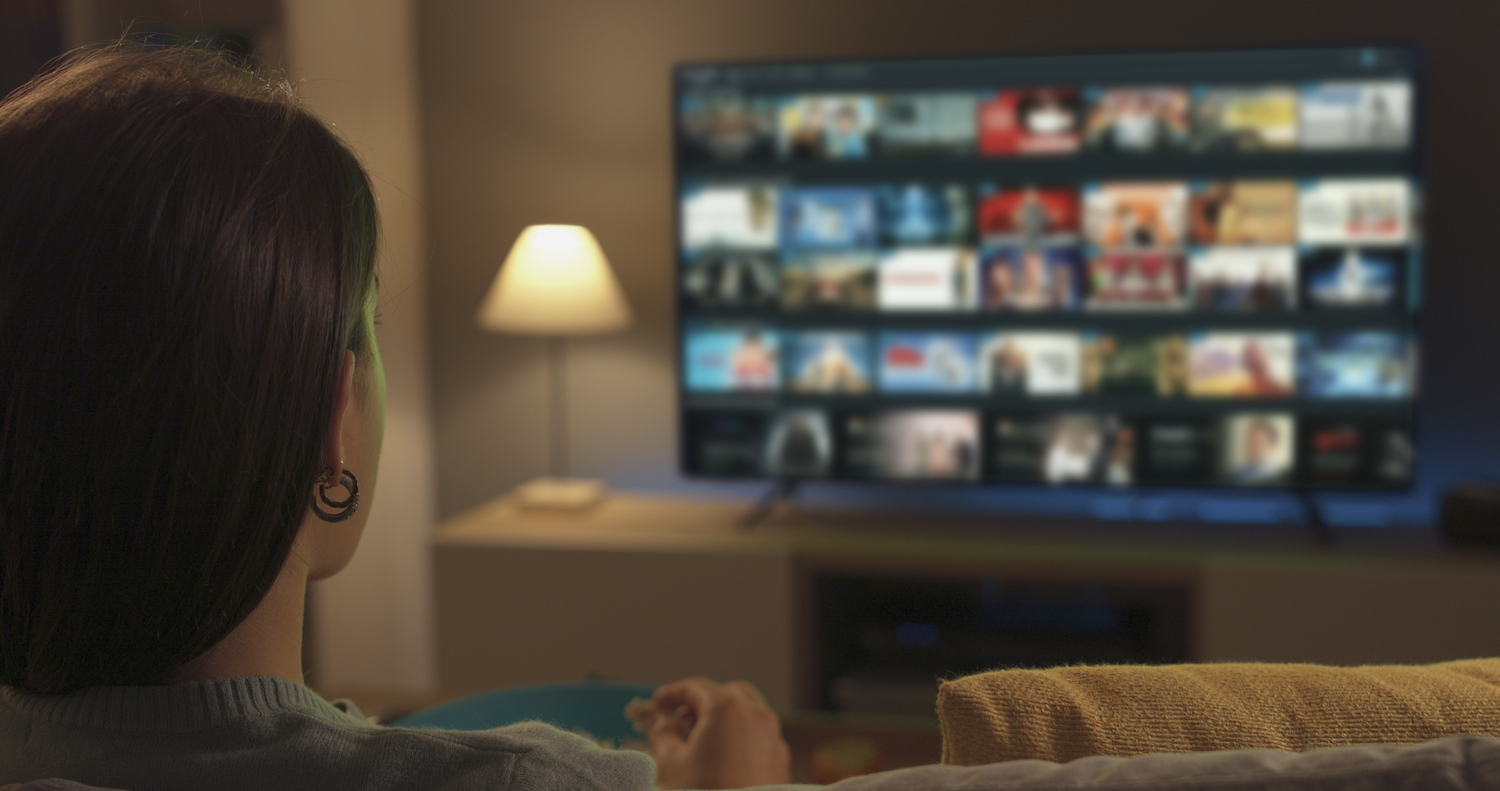 As they say behind a successful executive is an assistant who has the power to practically make anything happen. This is a concept well-known in life as it is much portrayed in fiction. So, it’s no wonder that EAs have been featured heavily in films and tv shows throughout the years. Chances are you’ve already come across one or two famous films that had an executive assistant playing an integral role in the story.

Just as versatile as they are in their professional careers, fictional EAs find themselves in all sorts of plots that showcase their most stellar qualities. They are real life superheroes who wear corporate attires as they save the day.

Most importantly, these films and shows have played a part in shaping the way people perceive EAs. And because they hit so close to [work], we can’t help but appreciate some of the best tv secretaries that have inspired us.

Ever since she was first introduced to the world in 1962, Miss Moneypenny has been a beloved character in the Bond films. So much that her character became a recurring role over the decades and has been portrayed by six women.

All it takes is one scene to understand why the world is smitten by her. She’s a strong, fierce, and clever woman who effortlessly supports one of the most important characters in the franchise, none-other than M, 007’s boss and the head of the British Secret Service. She’s proven herself a master of high-pressure situations that would make others run for the hills, all while effortlessly providing everything her boss needs.

No wonder James Bond can’t quite keep his eyes off her. She’s a one-in-a-million woman whose not just beautiful, but also shoulders are strong enough to carry the weight of the Secret Service (and the world).
‍

In the 1980 movie 9 to 5, three secretaries stole the hearts of viewers with their charming but cunning ways in taking their workplace from good to great. Their mission? Improve the morale of the office and improve the overall efficiency of how work is getting done. A nod to the level of commitment that assistants pour into their job, these three women didn’t let anything stand in their way of achieving their goal. Of course, this did include forging a couple of memos and kidnapping their boss, but we have to admit that setting their questionable methods aside, we can’t help but be impressed by their sheer focus and determination to get things done. Which is exactly what they did.

Chances are, you’re probably familiar with Janine, the ever-so-fiery assistant to three eccentric men whose life’s mission is pursuing ghosts. When this the film was released in 1984, it was a hit and for good reason, the audience absolutely loved everything about it!

But for executive assistants around the world, we loved Janine for many reasons. One, she embodied the unspoken truth about the identity of executive assistants everywhere – it takes an incredibly brave individual to face any situation and manage any type of boss (or in this cases, ghosts and bosses). After all, it takes a true assistant spirit to even consider taking up a position at the Firehouse knowing that literally anything can pass through your doors at any minute, but Janine wasn’t fazed by that. She knew calls had to be answered and missions had to be completed. Janine was as good with the Proton Pack as she was at gatekeeping the schedules of her three bosses.

Don’t let her big hair, red lips, and pantyhose fool you… Tess is someone who knows exactly what needs to be done to stand out in Wall Street. Her number skills and financial wit is as sharp as her style, and fitting for her role as an executive assistant to a prominent stockbroker in the industry.
We can learn a thing or two from her, the values of being financially savvy and the possibilities that come with calculated determination.

We can’t think of an assistant who embodies loyalty than Mr. Smithers. He is incredibly faithful to a fault when it comes to his Boss, Mr. Burns, even when questionable decisions are being made that could make one morally and ethically uneasy. But let’s not quibble over details because the point here is, despite all that, Waylon’s character was a lovable (sometimes annoying) character that we can all relate with at some point.

His blind devotion is not one we ought to promote but his incredible loyalty is certainly something we can take inspiration from. Perhaps, just mixed well with wisdom and well, a strong spine.

A few minutes into the film and we already realize one thing: Miranda Priestly is the devil incarnate. We can’t help but say a prayer for her executive assistants (past and present).

It’s not easy having to adhere to Miranda’s notoriously strict standards and cruel judgment, but juggling all that alongside her incredibly packed schedule while maintaining stellar professionalism and composure deserves recognition. We know that between Andy and Emily, most people gravitate toward Andy because of her pleasant personality, wit, and naive quality. However, we can’t help but praise Emily, too. After all, setting aside her superficial qualities, she’s an excellent EA who managed to stay the longest under Miranda’s watch – a testament to her commitment and excellence in what she does.

If we can give Peggy an award, it would be: Most Transformed Executive Assistant in a Show.

She came in as the executive assistant of Don Draper, the Creative Director of the Sterling Cooper Advertising Agency and ended the series the chief copywriter of a huge company. To say that she achieved a lot would be an understatement. Peggy is the epitome of success that most executive assistant aspire to become. That’s why we consider her as one of the best fictional executive assistants out there.

Well, this one probably needs no introduction. Pepper Potts is, after all, one of the most famous executive assistants in the history of fictional executive assistants. She’s only starred in, not one but, a couple of multi-million blockbuster films.

Apart from being Iron Man’s love interest, she also boasts some incredible organizational superpowers (pun-intended) that can single-handedly manage Stark Industries’ global operations, multi-city events, and Tony’s eventful schedules. All while being a constant source of support to the richest and most eccentric Avenger, and also occasionally being a superhero when the situation calls for it.

This list wouldn’t be complete without the legend herself, Donna Paulsen. The gold standard for legal executive assistants, her sharp wit has proven over and over how invaluable she is to Harvey Specter. Nothing escapes her attention and there’s no challenge she can’t solve, no wonder she’s well-respected and considered as one of the brightest minds in the law firm. Which shouldn’t come as a surprise because dealing with Harvey for 12 years? You’d definitely need some serious wit to handle that.

So, it’s not a surprise that she gets the man and the job. Harvey falls for her and she eventually becomes the Chief Operating Officer (COO) at a law firm.

Although the characters above aren’t real, they represent qualities and skills that can be applied in reality. If there’s one thing you can take away from this list is this: you can be your own version of a superhero, too. To your executive and team, you are the linchpin that keeps everything running. They may not be Tony Stark or Miranda Priestly (or maybe they are, who knows?), but who’s to say you can’t perform excellently like you would do for them?

Just like Janine, be brave and unrelenting; like Donna, sharp-witted and driven; and like Pepper, be committed in what you’re doing. Your journey won’t be easy, but it’s not impossible. As long as you equip yourself with the tools you need and a community who can give you support, you can easily go from good to great.

‍Cabinet is a one-stop-shop for everything you could possibly need to excel at your job. Plus, you’ll also get access to a community of fellow executive assistants who can provide insights, encouragements, and tips on any question you may have. We bring power and knowledge right at your fingertips. 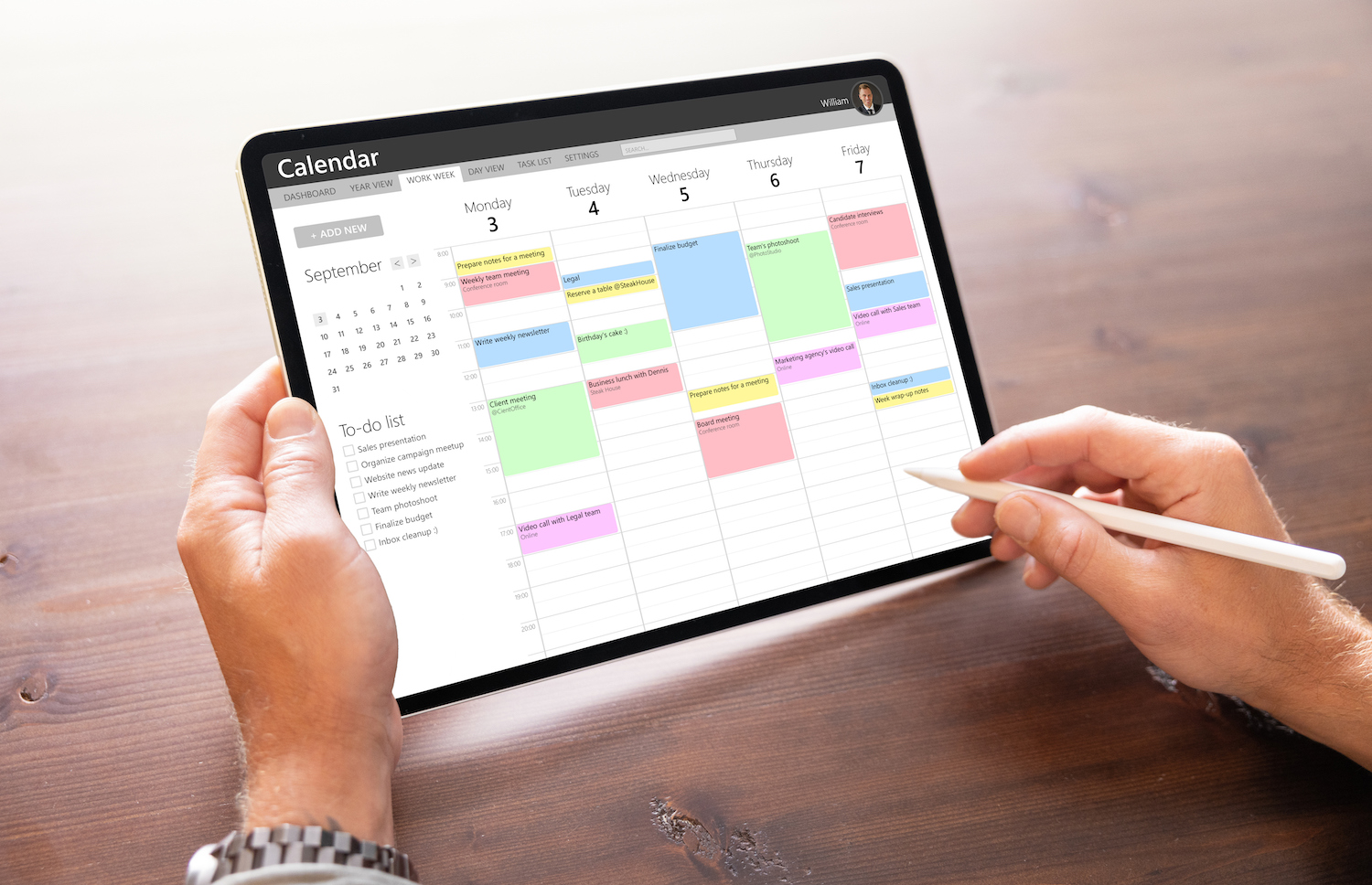 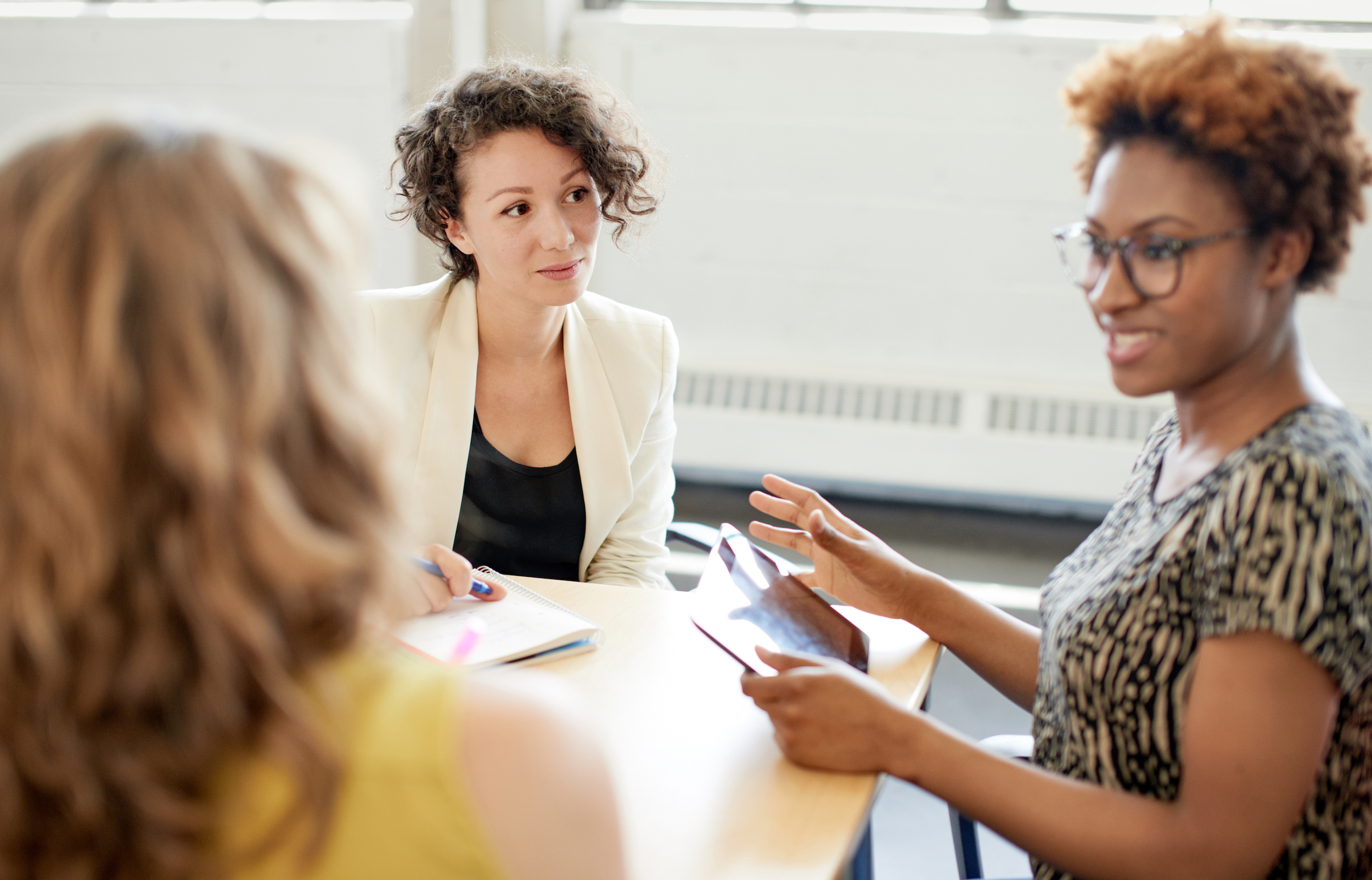 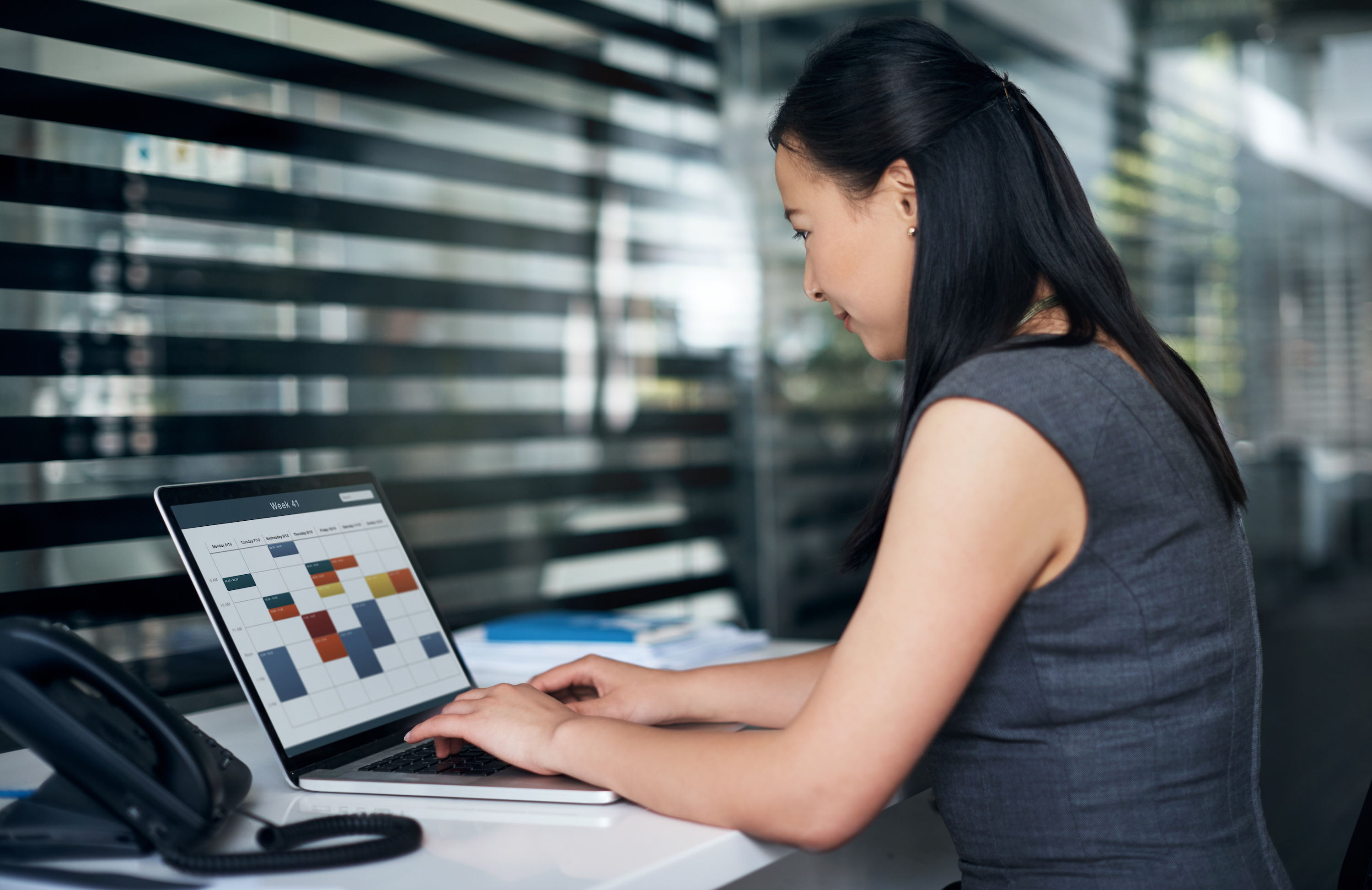